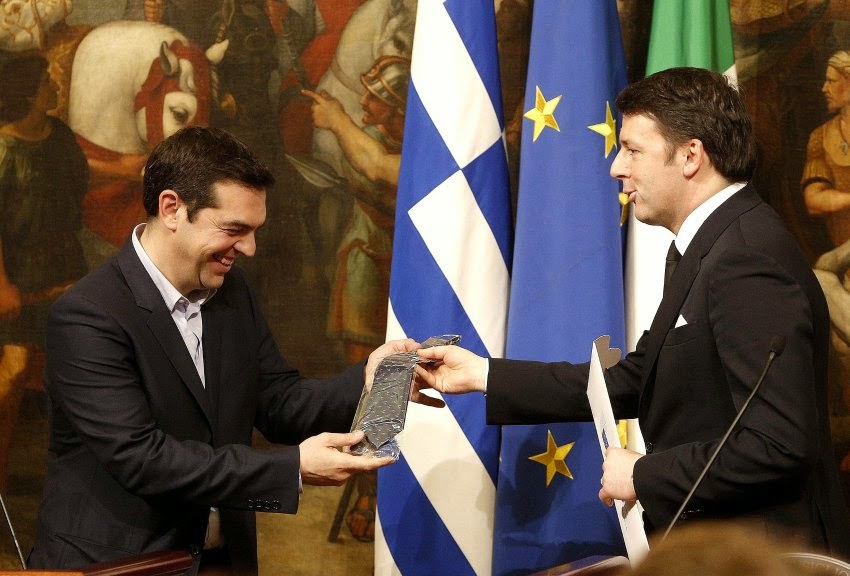 Syriza's victory in the recent Greek elections set off a wave of concern in Europe. But even as the new prime minister tries to woo other leaders, his left-wing government is already busy getting down to work. Many of its first moves have been the right ones.

Minister of Administrative Reform Georgios Katrougalos sits cheerfully in his new office and rejoices about his little revolution. He has just announced that soon the first 3,500 public-sector employees can return to work, including the famous cleaning ladies who led the protest against job cuts. With their rubber-glove-clad clenched fists, they embodied a feeling shared by many Greeks -- that they had been mistreated by Europe. Now the cleaning ladies were becoming the symbol of the new beginning.

According to the administrative reform minister, these aren't new hires -- they are the reversal of unfair layoffs. "The cleaning ladies were the weakest, and the troika needed numbers." He claims this is primarily a redress for the absurdity of the austerity measures. After they were let go, the financial authority's 595 cleaning ladies -- who had to be fired in September 2013 in order to fulfill the requirements of the savings plan -- continued to receive 75 percent of their earnings. Their work was then done by private cleaning companies -- in the end, the whole thing was more expensive than it had been before. It was these kinds of decisions by the previous government that had made the Greeks furious -- and led them to vote for Syriza.