Can the Greek economy grow? 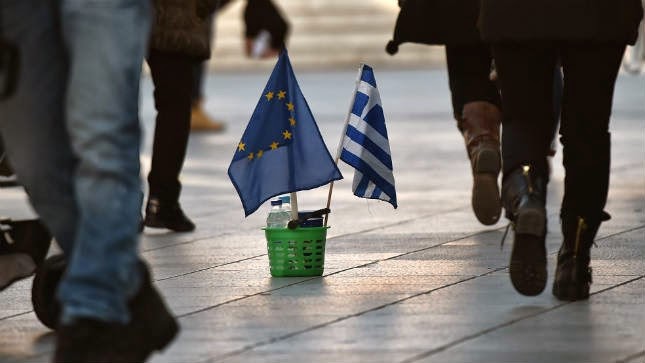 Albert Einstein famously observed that a sure sign of insanity was to keep repeating exactly the same experiment and yet to expect a different result. One has to wonder whether the same might not be said of Greece and its European partners as they have agreed to extend Greece's borrowing arrangement for another four months. They have done so in order to negotiate a new economic program with very much the same macroeconomic policy recipe as before. This has to beg the question: Why, if such policies failed so miserably before, should a different result now be expected?

At the heart of Greece's dismal economic performance since 2010 has been the Troika's (the European Commission, European Central Bank and International Monetary Fund) insistence that Greece engage in massive budget belt-tightening within a euro straitjacket. Lacking an independent monetary or exchange rate policy to offset the contractionary impact of fiscal tightening, which belonging to the euro necessarily involves, it should have come as no surprise that the Greek economy would have plunged.

Sadly, that is precisely what happened to the Greek economy. Today, the Greek economy is around 22 percent below its 2008 level, while unemployment exceeds 25 percent or the highest in the eurozone. Also troubling is the fact that Greece is now experiencing outright price deflation at an annual rate of 2.5 percent. Such deflation could constitute a major headwind to any future economic recovery and it could make reducing Greece's public debt to gross domestic product (GDP) ratio well-nigh impossible.