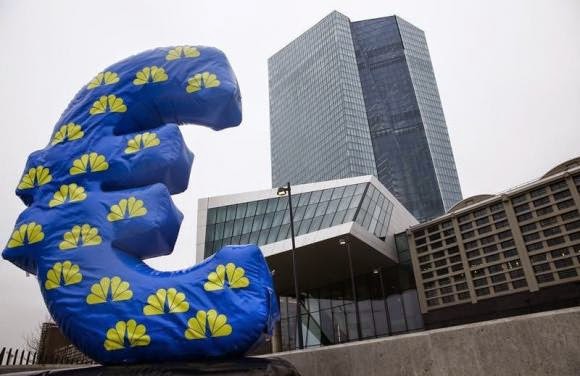 The European Central Bank's control over emergency funding for banks gives it the power to prod countries into the kind of aid-and-reform programme that Greece is desperate to escape.

The ECB is loath to pull the plug on Greece's banks, a scenario that would almost certainly lead to the country's exit from the euro zone. But if Athens refuses to extend the existing programme or sign up to a new one it may have little choice.

Time is short, and the ECB has Greece on a tight leash.

On Thursday, the ECB raised the Emergency Liquidity Assistance (ELA) available to Greek banks by about 5 billion euros (3.70 billion pounds) to 65 billion, extending the funding until Wednesday, when it will reassess the situation.

The ECB has already stopped accepting Greek bonds in return for funding, shifting the financing burden onto Greece's central bank. However, the ECB retains control over that ELA funding, which is subject to tight conditions.