All We Are Saying Is Give Greece a Chance 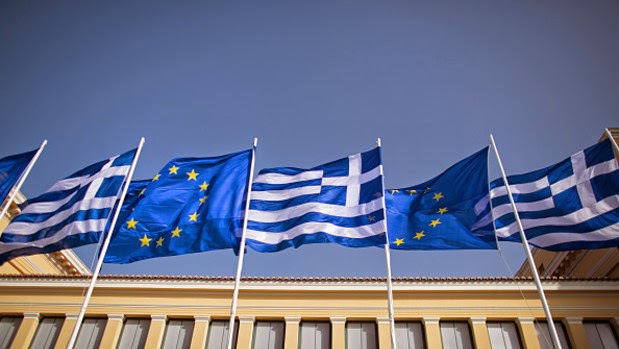 Less than two weeks after winning the Greek election, Prime Minister Alexis Tsipras is getting real about how to tackle the nation's unsustainable debts. His willingness to drop a demand that creditors write off some of what they're owed deserves a conciliatory response from the European Union's various agencies.

That isn't happening. Greek finance minister, Yanis Varoufakis, touring Europe on a charm offensive, met a setback on Wednesday. After he talked to European Central Bank President Mario Draghi, the ECB announced that it would not accept Greek bonds as collateral for new loans. For now, it seems, Greek bonds can still be used to obtain emergency liquidity assistance from the Bank of Greece -- a branch of the ECB. Nonetheless the move signals a hard line on Greece's demands for debt relief and easier fiscal conditions.

More
Posted by Yulie Foka-Kavalieraki at 11:57 AM