All Grexit needs is a few more disastrous weeks like this 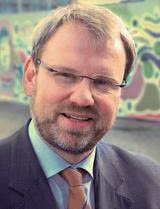 The first two weeks after Syriza’s victory in the Greek elections had the effect I feared. A sceptical northern European public was converted into a hostile one.

We saw Yanis Varoufakis unilaterally dismissing the troika — the technocrats who oversee Greek economic policy. We followed with amazement how the Greek finance minister staged a grand European tour like a rock star. We saw him walking into a meeting with hedge fund managers in London and posing outside Downing Street. By the time he reached Berlin on Thursday, German politicians and the media were more hostile than ever. By Friday, Athens found itself isolated at a meeting of finance officials in Brussels.

Politically, the situation is now as bad as it was in 2010 when the Greek debt crisis began. It was an utterly disastrous week of economic diplomacy. All that separates us from Grexit are a few more weeks like that one.

Greece and its European creditors only have a few days left to decide how the country can get through the next four months. European finance ministers have to agree a compromise at a meeting on Wednesday if the funds to cover the government’s spending commitments are to be in place by March. And only when that happens will Athens and its creditors begin to talk about the really important stuff — like the future of the Greek economy.