A Greek deal cannot fix the flaws in the euro 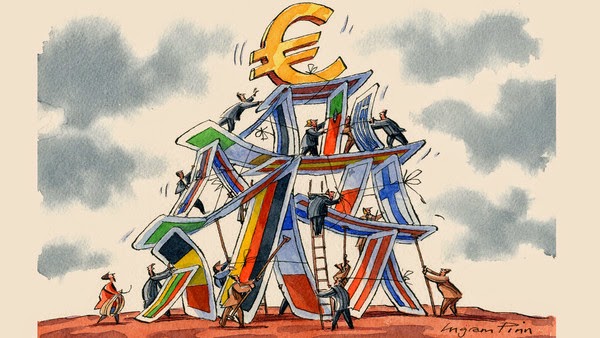 Watching the Greek crisis unfold, I found myself torn between two equal and opposite thoughts. First, the euro cannot survive. Second, everything must be done to save the euro.

The agreement reached between Greece and its eurozone creditors is therefore a good thing because it has put off the immediate threat of a political and economic crisis. But experience suggests that a debt deal with Greece may be only marginally more durable than a ceasefire in Ukraine. In both cases, there are underlying tensions and problems that cannot be solved by a cleverly drafted document.

Ever since a single European currency was first mooted, I have believed that it would eventually collapse. That belief is based on three simple propositions. First, a currency union cannot ultimately survive unless it is backed by a political union. Second, there will be no political union in Europe because there is no common political identity to underpin it. And so, third — the euro will collapse.

Plenty of people have attempted to convince me, over the years, that each of these three propositions is simple-minded and wrong. But events keep driving me back to the idea that the euro lacks the political and economic underpinning that it needs to survive.