A deal to bring modernity to Greece 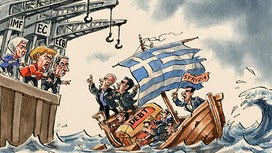 Maximum austerity and minimum reform have been the outcome of the Greek crisis so far. The fiscal and external adjustments have been painful. But the changes to a polity and economy riddled with clientelism and corruption have been modest. This is the worst of both worlds. The Greek people have suffered, but in vain. They are poorer than they thought they were. But a more productive Greece has failed to emerge. Now, after the election of the Syriza government, a forced Greek exit from the eurozone seems more likely than a productive new deal. But it is not too late. Everybody needs to take a deep breath.

The beginning of the new government has been predictably bumpy. Many of its domestic announcements indicate backsliding on reforms, notably over labour market reform and public-sector employment. Alexis Tsipras, the prime minister, and Yanis Varoufakis, the finance minister, have ruffled feathers in the way they have made their case for a new approach. Telling their partners that they would no longer deal with the “troika” — the group representing the European Commission, the European Central Bank and International Monetary Fund — caused offence. It is also puzzling that the finance minister thought it wise to announce ideas for debt restructuring in London, the capital of a nation of bystanders.

More significant, however, is whether Greece will run out of money soon. Most observers believe that Greece could find the €1.4bn it needs to pay the IMF next month even if the current programme were to lapse at the end of February. A more plausible danger is that Greek banks, vulnerable to runs by nervous depositors, would be deprived of access to funds from the European Central Bank. If that were to happen, the country would have to choose between constraining depositors’ access to their money and creating a new currency. 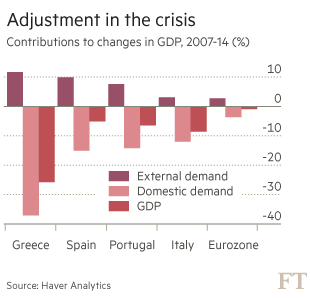