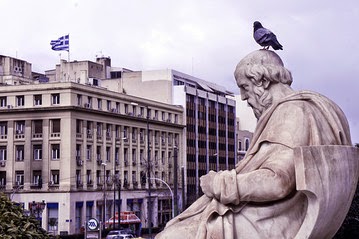 Greece’s new government has submitted a list of overhauls it will make in exchange for four more months of financing from its international creditors while it negotiates a new bailout program. The European Commission has backed the proposals, but has asked for more details. Here are five things to know:

The seven page letter, sent by Greek Finance Minister Yanis Varoufakis, describes general principles of the reform program and details some specifics on tax overhauls and government spending policies. But it doesn’t include any estimates about the costs, benefits and economic impact of those commitments. The financial details of the reform program will be hammered out during further consultations with creditors by the end of April.

2. Greece Wants To Shake Up The Public Sector And Crack Down On Corruption...

From tightening political party financing rules to publicly tendering out media broadcast licenses to making public procurement more transparent, the government wants to sever the deep links between business oligarchs and government. Many Greeks blame the country’s monied elite for leading the country to ruin, but rooting out corruption is never easy and Greece’s oligarchs have proven to be very resilient.