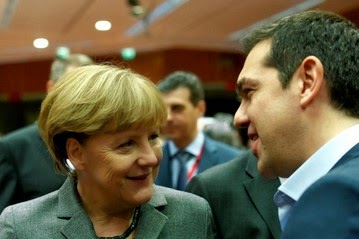 After weeks of increasingly testy negotiations, Greece reached a tenuous deal with the rest of the eurozone to extend its bailout until the end of June. Now comes the hard part: actually implementing the deal as required by the eurozone and the International Monetary Fund. Here are five things to know:

1. Germany Got What it Wanted, for Now

Germany spent the last few weeks insisting that it wouldn’t scrap the bailout program and still lend money to Greece. The new left-wing government of Alexis Tsipras insisted that it wouldn’t extend the program and instead sought some “bridge” financing from the eurozone. In the end, Greece asked to extend the program and pledged to follow its rules. The extension lasts until the end of June, just weeks before Greece must make several large debt repayments.

2. Greece Got the Prospect of Some Leniency

First, the eurozone appeared to offer some leeway on Greece hitting its budget target for 2015. Given the sharp deterioration in the Greek economy and government tax receipts, that seemed inevitable. The eurozone statement also doesn’t repeat the budget targets for future years of the existing program, which call for the government to run a surplus, excluding interest payments, of 4.5% of gross domestic product. Relaxing that requirement had been one of Mr. Tsipras’s main goals.