5 Questions About the ECB’s Complicated Relationship With Greece 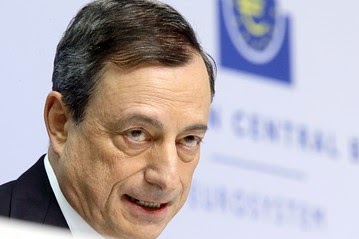 Greece’s difficult discussions with its international creditors over an extension of the country’s bailout package have again shifted focus to the European Central Bank’s role in propping up Greek banks and, thus, its depression-ravaged economy. The ECB continues to provide funding through its normal lending facilities and a separate program, known as Emergency Liquidity Assistance, which provides money to cash-starved banks through Greece’s national central bank instead of the Eurosystem as a whole. But ECB officials have signaled that they can’t keep the spigots open forever, and that Greece must come to an agreement with European governments and the International Monetary Fund for a long-term solution to the country’s debt burden. Here are the answers to five key questions about the ECB’s complicated relationship with Greece.

1. How did the ECB Get in the Middle of the Greece Mess?

Two words: Troika and lending. The ECB is part of the group of international creditors, including the European Commission and IMF, that oversees Greece’s compliance with its bailout terms. Suffice to say, this is not a popular bunch in many quarters in Greece. The ECB also lends money to Greek banks, as it does to banks throughout the eurozone, via its normal and emergency lending programs.