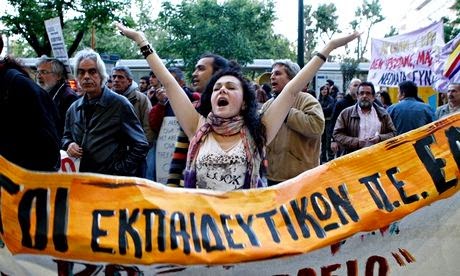 Call them Generation G: young, talented, Greek – and part of the biggest brain drain in an advanced western economy in modern times. As the country lurches towards critical elections this weekend, more than 200,000 Greeks who have left since the crisis bit five years ago will watch from overseas.

Doctors in Germany, academics in the UK, shopkeepers in America – the decimation of Greece’s population has perhaps been the most pernicious byproduct of the economic collapse which has beggared the country since its brush with bankruptcy.

“Greece is where I should be,” says Maritina Roppa, 28, a trainee doctor who left Greece three years ago for Minden, north-west Germany. “It’s such a pity that people like me, in their 20s, have had to go.”

Of the 2% of the population who have left, more than half have gone to Germany and the UK. Migration outflows have risen 300% on pre-crisis levels, as youth unemployment soars to more than 50%. Around 55% of those affected by record rates of unemployment are under 35, according to Endeavour, the international nonprofit group that supports entrepreneurship.