Would forgiving Greece’s debt really be that bad? 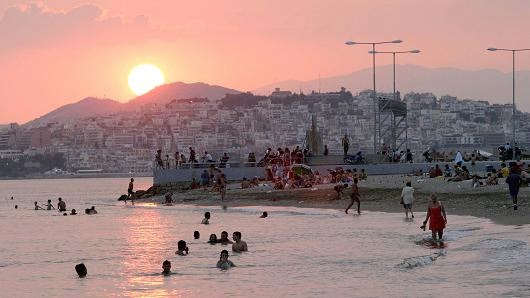 As anti-bailout party Syriza leads polls ahead of a general election in Greece this coming weekend, the head of the International Monetary Fund warned Monday that the country couldn't renegotiate any debt restructuring deal without accepting "the consequences."

Greece's leftist, anti-austerity party Syriza has widened its lead over Prime Minister Antonis Samaras' New Democracy party according to a poll published Sunday in newspaper To Vima. Syriza has said the level of austerity imposed on Greece as a condition of its billion-euro bailout is unsustainable, and it would renegotiate the deal with the Troika of international organizations making sure the country sticks to the terms -- the European Commission, European Central Bank (ECB) and IMF.

However, restructuring Greek debt would not be without "consequences," the IMF's Managing Director Christine Lagarde warned Monday.

"A debt is a debt and it is a contract," IMF Managing Director Christine Lagarde told The Irish Times in an interview on Monday when asked about the general idea of holding a debt conference. "Defaulting, restructuring, changing the terms has consequences on the signature and the confidence in the signature," she said.