Why You Should Care About Greece Again 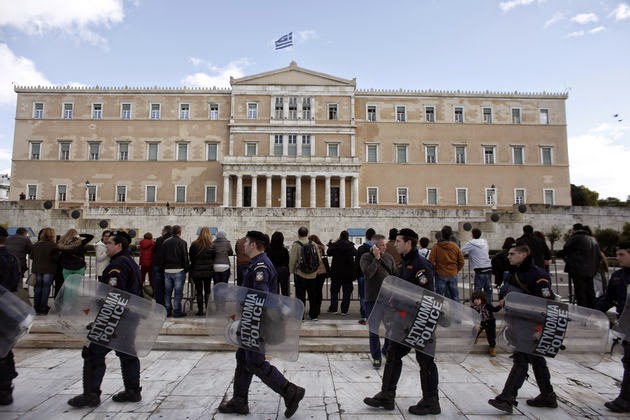 by Natalie Kitroeff and Joe Weisenthal

Greece is headed for yet another political crisis. On Monday the Greek Parliament rejected the prime minister’s nominee for president, forcing the country into early general elections on Jan. 25. The fallout of this round of turmoil will be a critical sign of whether European leaders can hold on to power long enough to stay the course on the fiscal reforms needed to lift economies in the region. The upheaval comes just four years after the country accepted its first international bailout and almost single-handedly sent the global economy into a tailspin.

Remind me why Greece freaked everyone out last time?

From 2010 to 2012 there was a general panic that countries deep in debt—such as Greece, Italy, Portugal, Spain, and Ireland—would be forced to default and leave the euro zone. Greece’s position was clearly the worst. It had the highest debt and the weakest economy. The fear was that Greece would default on its sovereign debt and stop using the euro as its currency, destroying people’s faith in the ability of other countries to pay their debts and creating a domino effect that could cripple global markets.

This led to massive strain in government bond markets and the financial system. Ultimately it was solved when, in the summer of 2012, European Central Bank President Mario Draghi announced a plan to provide a de facto sovereign backstop to government bond markets. Specifically, the ECB said it would buy government bonds as long as countries agreed to fiscal reforms. This quieted down the market significantly.