Why the Greek result matters 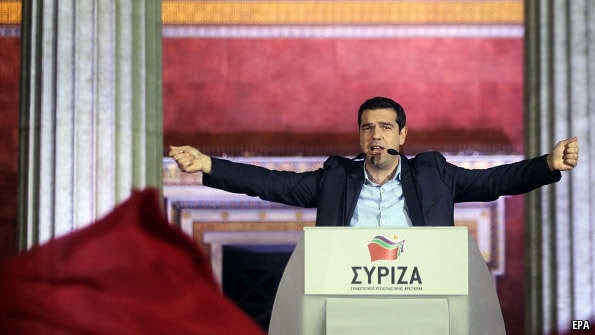 As one country after another on the periphery of the euro zone had to swallow painful reforms and fiscal austerity as the price for their bail-outs between 2010 and 2013, the surprise was that by and large they accepted the medicine without a large-scale populist revolt. But Sunday’s result in the Greek election marks a turning-point because Syriza, the radical-left party that has prevailed at the polls, campaigned on casting aside austerity, backtracking on the reforms and renegotiating the vast debt that Greece owes its European creditors. These policies are unacceptable to the euro-zone countries, especially Germany, that have lent Greece so much money. The outcome of the election could also have wider implications. Why does the Greek result matter?

A clash is impending because the Greeks see their recent history in a very different light from that of the Germans and other Europeans who have bailed them out. From the perspective of Northern creditor nations, Greece was the architect of its own misfortune by mismanaging its public finances on a staggering scale. It has been lent an astonishing amount of money in not just one but two bail-outs, amounting to €246 billion ($275 billion), worth more than the country’s entire economic output. From a Greek perspective, however, the country has suffered a calamitous decline in GDP, which at its low in late 2013 was 27% down on its pre-crisis peak. Harsh spending cuts and tax rises have been imposed again and again as conditions for further economic support. Greeks feel that they have lost control of their country, which is now instead being directed by the hated troika: the European Commission, the IMF and the European Central Bank.