Why Fighting Oligarchs Is a Bad Idea 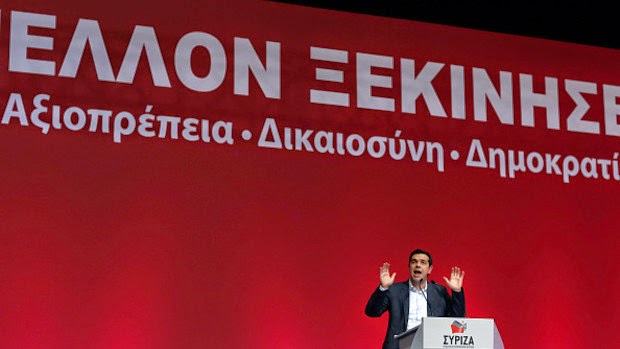 The top economic spokesman for the leftist Greek party Syriza, which leads the polls ahead of the Jan. 25 election, says one of the party's goals is to crack down on the nation's oligarchs. Reducing the outsized role of politically connected magnates, George Stathakis argues, will allow smaller, more honest businesses to be more competitive.

Syriza's implied threat to break apart the euro currency union was scary enough. But Stathakis's rhetoric is at least as worrisome. Any regime that wants to fight the oligarchs means to increase government interference in the economy -- to such an extent that it will end up replacing old oligarchs with new ones.

"Oligarch," a word of Greek origin, has long denoted a member of an oligarchy, a small group that runs a country or an organization. In the 1990s, however, it acquired a second meaning: to quote the Oxford English Dictionary, "(Especially in Russia) a very rich businessman with a great deal of political influence." That has become the dominant meaning. In the Collins English Dictionary, four of the five usage examples for "oligarch" refer to Russia.