What Syriza's Sweep Means for Greece and Europe 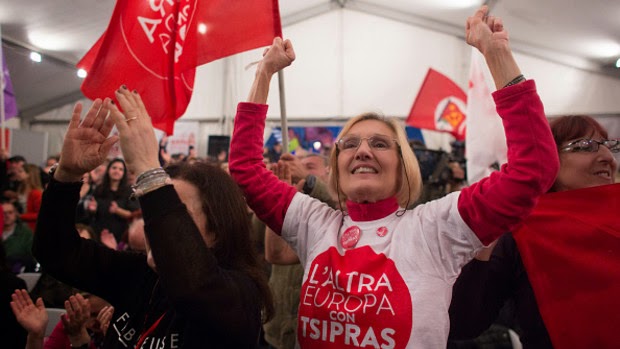 The Coalition of the Radical Left, known as Syriza, placed first in the Greek elections today, with at least 36 percent of the vote, according to exit polls. The result could even give Syriza an absolute majority and, if it wishes, allow it to govern without a coalition partner. With these outcomes going beyond what markets expected and priced in, here is a Q&A before trading resumes Monday.

QUESTION: What happened and why will it matter for markets?:

ANSWER: The early parliamentary elections have given Syriza a significant and historic victory that surpasses the market consensus.

This is the first time Syriza is in a position to form and lead a government. Its popularity reflects intensifying economic and social frustrations among Greek citizens, including the perception that their long sacrifice hasn't yielded any meaningful gains, let alone any hint of an end to what they see as years of austerity and deprivation.

An alternative economic approach was the core of Syriza's electoral campaign. Its program, which rejects austerity and seeks debt reduction, was pursued with vigor by the party's leader, Alexis Tspiras, who frequently took swipes at Germany, including personal attacks on Chancellor Angela Merkel. He argued that the most influential power in the euro zone was too austerity-obsessed in its approach to Greece.