What Are the Chances of a ‘Grexit?’ Look at the Bonds 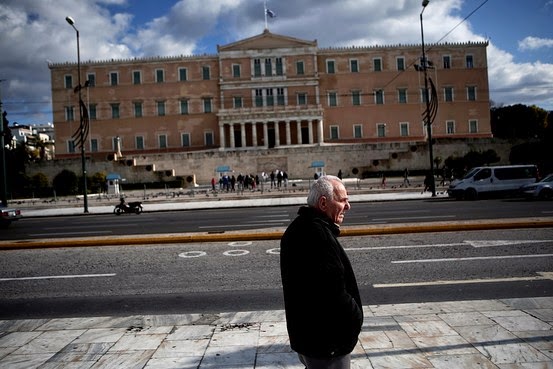 After a holiday on Tuesday for Epiphany, they have picked up where they left off: seriously down in the dumps.

Traders say the holiday hangover has come as the implications of Greece’s upcoming election continue to dawn on investors. With the anti-austerity Syriza in the lead and determined to renegotiate the terms of the country’s bailout, more pain could be on the way for bondholders—even if the party stops short of leading the country out of the eurozone (membership remains popular in Greece despite a brutal economic slump in recent years).

“It is very likely that even with a win, Syriza would not push for an exit, but a tough restructuring of debt,” said Alberto Gallo, head of macro credit research at Royal Bank of Scotland.

However, this hasn’t stopped economists from dusting off their old prediction models for whether Greece will leave the euro. 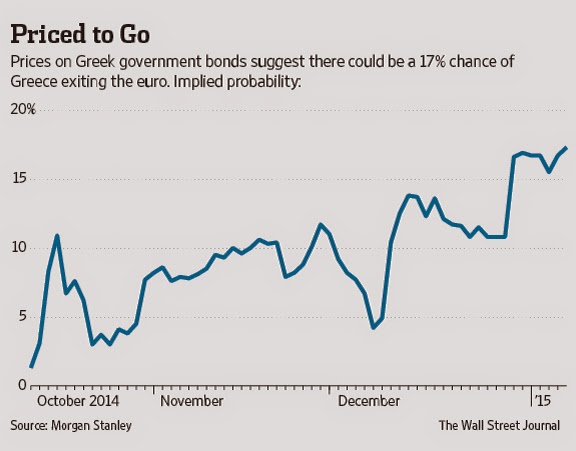 Posted by Yulie Foka-Kavalieraki at 6:38 PM