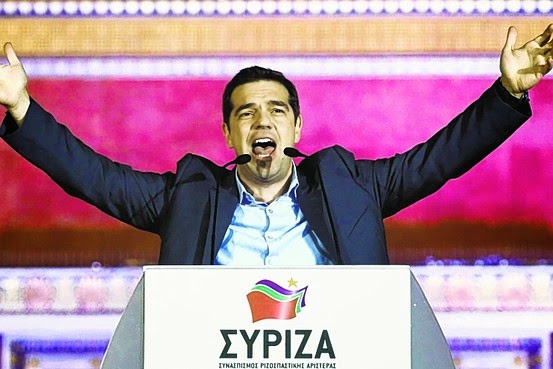 What a surprise, you can’t treat a democratic people the way the European Union treated Greece and expect voters not to revolt.

Voter sovereignty was always the Achilles’ heel of the elitist eurozone project. It’s why the eurozone now faces its umpty-third Greek crisis, thanks to the election of a Greek anti-austerity party in Sunday’s election. But one thing has changed. After five years of stringing the Greeks along, European politicians now are telling the Greeks: Go ahead, make our day, walk out of the eurozone. We’ve got our own derrières covered, so see ya.

This is not to say the Greeks haven’t been, in large measure, the author of their own misfortunes. Their economy is corrupt, riddled with favoritism, overrun with bureaucracy, and topping it off the Greeks lied to their creditors about their deficits.

But how Europe treated Greece was suffused with short-term expediency that served only the elected officials of Greece’s eurozone neighbors.

More
Posted by Yulie Foka-Kavalieraki at 8:31 AM