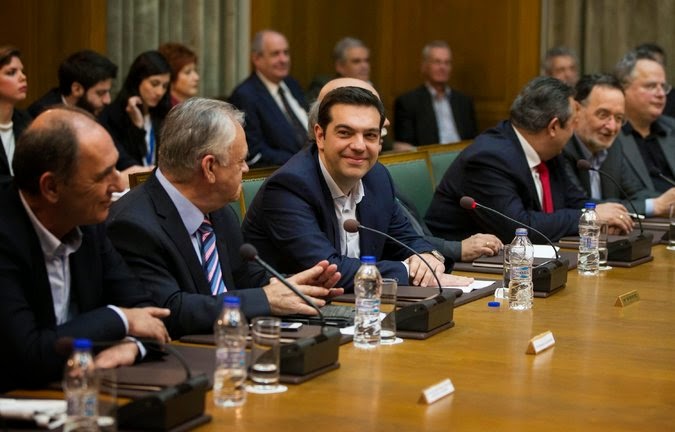 Investors made clear on Wednesday the depth of their concerns about Greece’s new leftist-led government, driving up its borrowing costs, pushing down stock prices and highlighting the risks in the country’s banking system.

Despite some soothing words from Prime Minister Alexis Tsipras, who at the first meeting of his new cabinet said Greece would not seek a “catastrophic solution” in its debt negotiations with the European Union and its other creditors, financial markets seemed increasingly rattled by his government’s pledges to reject the austerity policies imposed on the country over the last five years.

Later, the new finance minister, Yanis Varoufakis, appeared to harden the tone, saying that Greece’s bailout deals were “a toxic mistake” and that the new government was determined to change the logic of how the crisis had been tackled. Mr. Varoufakis said the new government would seek what he called a Pan-European New Deal, which would be a bridge between previous agreements and a new arrangement with creditors. He did not elaborate, though, on what such a plan would look like.