The success of Syriza in Greece has been driven by Marxism, populism and yes — Essex University 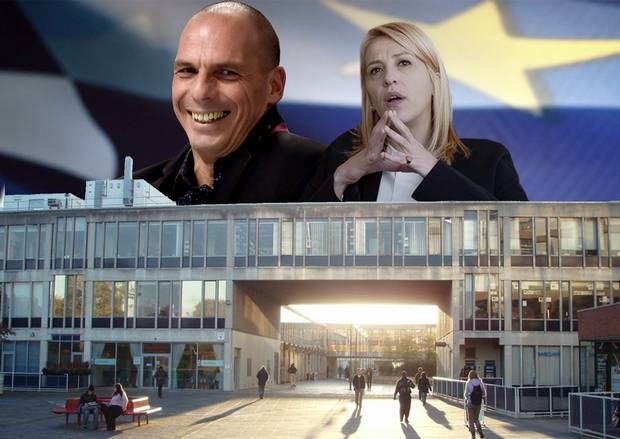 You might not know this, but there are surprising connections between Syriza – the radical left-wing party which has just swept to power in Greece – and the University of Essex, where I work as a professor.

The new Finance Minister Yanis Varoufakis, who studied Economics, and the new Syriza MP for Corfu, Fotini Vaki, are both Essex alumni. So is Rena Dourou, the prefect (or governor) of Athens.

Rena Dourou completed an MA in Ideology and Discourse Analysis in 2001, a course that I teach. First encounters with new students at university can often be misleading. But this was not the case with Rena. From the beginning, I found that she was intellectually curious, forthright in her political views, and utterly committed to succeeding (which she did).

The ideas that Dourou was exposed to while studying at Essex have had a clear influence on herself and Syriza. Her MA course was inspired by the late Professor Ernesto Laclau, a political exile from Argentina. A key aspect of his approach focusses on the emergence of populist movements and their ideas.