The stand-off that may sink the euro 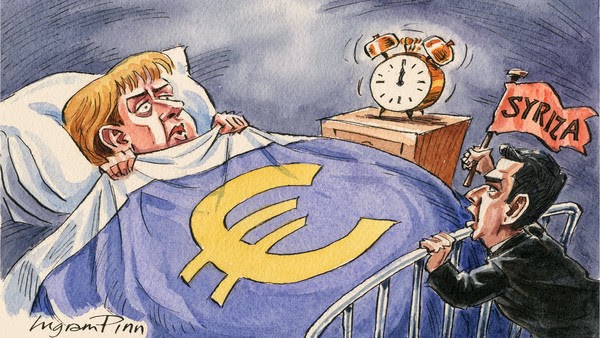 The euro has become the prisoner of a playground game of “you-go-first”. Everyone — almost — knows what needs to be done, even if some resile from admitting it. The necessary ingredients are growth, competitiveness and sustainable debt and deficits. The missing glue is trust.

Governments will act only if they are sure those on the other side of the creditor/debtor line will do the same. As in the school playground, each insists the other must jump first. The result is policy paralysis and the rise of populism.

A sensible European policy maker would see the election success of Greece’s Syriza as a wake-up call rather than a nightmare. Not because the radical leftist government of Alexis Tsipras is correct in most of its prescriptions (though neither is it invariably wrong), but because its victory crystallises the impasse that has crippled the eurozone.

Not so long ago governments confounded the gloomsters by summoning up the political will needed to keep the single currency on the road. Compromises were made on all sides. Berlin, though it could never say so, abandoned its opposition to bailouts; the peripheral economies accepted a harsh mix of austerity and structural reforms.