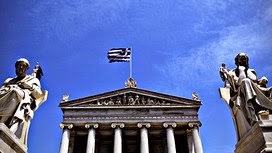 They are Greece’s best-known tycoons, admired and loathed in equal measure for their vast wealth and deep political connections. While ordinary Greeks call them “diaplekomenoi” (the entangled ones) or “davatzides” (pimps), economists call them oligarchs because of their grip on the country’s business life.

However they are described, their role in Greek politics and society is under scrutiny ahead of this month’s election.

The far-left Syriza party, which is tipped to win a snap general election on January 25, has declared war on the oligarchs if it comes to power. George Stathakis, the party’s shadow development minister, told the Financial Times last week that Syriza would end the practice of governments handing out television licences for free to their political friends and review contentious privatisation sales. Tackling the oligarchs’ grip on the economy “will be a priority” he said.

Such comments already mark a change from form in Greece, where the oligarchs’ influence has long been felt but seldom discussed — at least publicly.

“The real enemy to market competition in Greece is the oligarchy, but it’s a taboo subject — politicians don’t discuss it and the media don’t write about it,” says Aristides Hatzis, a professor of law and economics at Athens University.