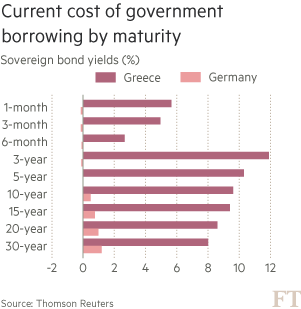 Looking back, the signs were ominous. On the day Greece made its celebrated return to international markets in April 2014, activists detonated a car bomb outside the central bank in Athens.

No one was hurt but the explosion was seen as a riposte to the sale of billions of euros of newly minted government debt and a protest at the continued strictures placed on Greece as part of its multibillion-euro bailout from international creditors.

Greece’s debt burden is now equal to 177 per cent of the country’s gross domestic product, a level many economists regard as unsustainable. The unpopularity of the swingeing austerity required to service it has propelled the radical left Syriza party with its promise of debt restructuring into pole position ahead of snap elections on January 26.

According to the Greek analytical website Macropolis, nearly half of the total loans provided to Athens by the eurozone and International Monetary Fund since the country’s bailout in 2010 have been used for debt servicing. 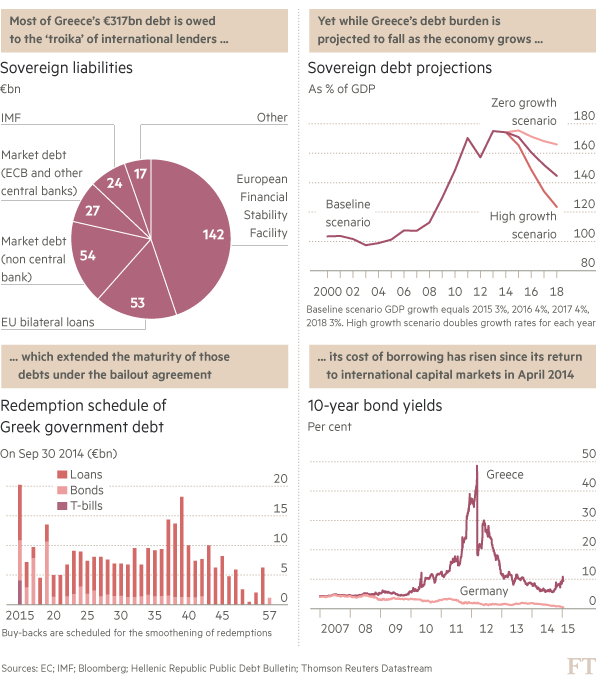 Posted by Yulie Foka-Kavalieraki at 8:04 PM