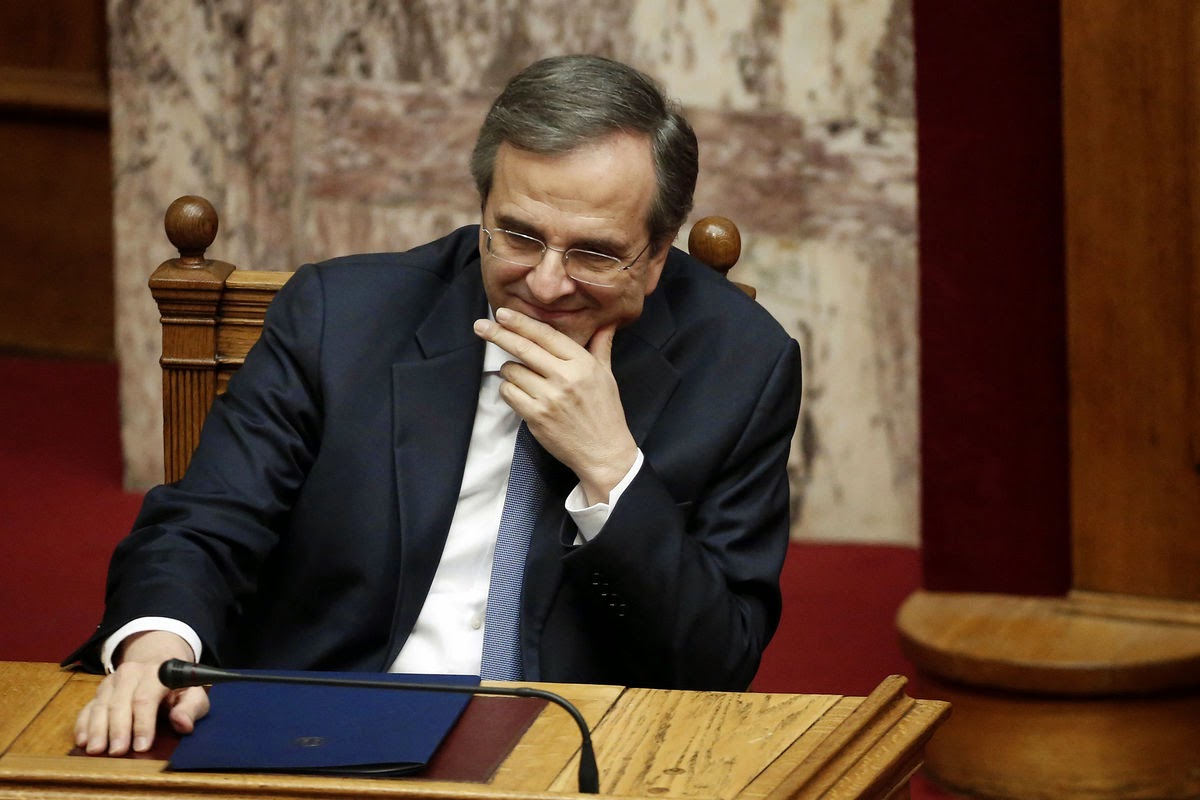 Greek Prime Minister Antonis Samaras entered the two-week countdown to Jan. 25 elections with opinion polls showing he has so far failed to narrow the lead held by his main opponent, Alexis Tsipras of Syriza.

“There is a consistent trend of Syriza leading by a small margin over New Democracy,” Dimitris Sotiropoulos, an associate professor of political science at the University of Athens, said in an interview. He said the headline might be significant as the media group to which Vima belongs has until now been “lukewarm about the prospect of a Syriza victory.”