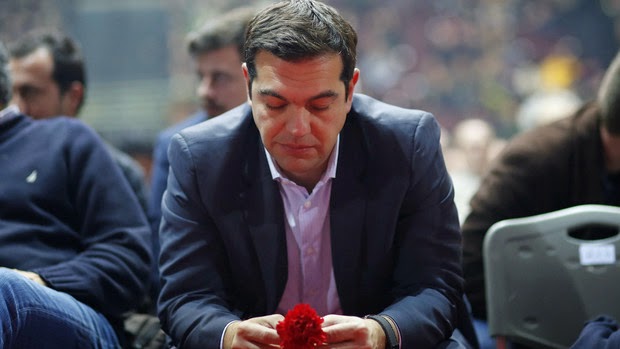 The euro region is stepping back from the abyss. After weeks of media reports claiming that German officials were ready to accept losing Greece from the euro, saner thinking seems to have prevailed -- as the drastic drop in Greek bond yields today demonstrates. The whole episode is a timely reminder, though, that while European Union law describes the euro as irrevocable, investors aren't so sure about its permanence.

A more conciliatory tone from Alexis Tsipras, the most likely winner of the Greek election on Jan. 25, is helping make everyone more realistic. Over the weekend, he pledged to maintain the country's euro membership and to honor Greece's debt obligations. The nation is to repay more than 5.6 billion euros in March, up from the 1.4 billion euros it needs to pay this month and the 2.8 billion euros that come due in in February, according to Bloomberg data.

Comments from German officials have also soothed investors. Volker Kauder, the chief whip for Chancellor Angela Merkel's Christian Democrats, told Focus magazine that talk of Greece exiting the euro was "nonsense,'' and would prompt speculation about other countries leaving. The less sanguine Germany seems about a break-up of the euro, the better.

Posted by Yulie Foka-Kavalieraki at 2:57 PM