How Greece's Left-Wing Election Win Could Reverberate Around Europe 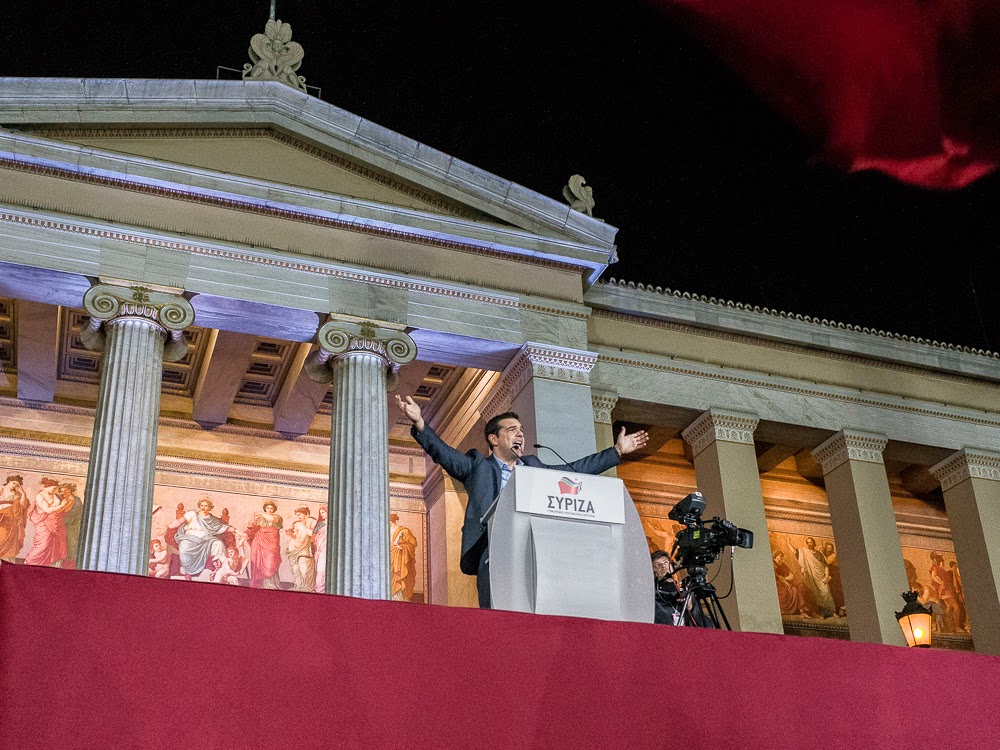 Greece on Monday was in party mode as the country made headlines for bringing a radical leftist party to power for the first time in the history of Europe. Syriza got 36.3 percent of the votes on Sunday's general election, prompting its supporters to dance on the streets for hours and Hugh Laurie to congratulate them via Twitter.

For young Greeks, the changes that Syriza has promised are long overdue. These include gender equality, LGBT rights, the secularization of the state, the decriminalization of certain drugs, and an end to police brutality. For an older generation of Syriza supporters, the vote was a protest against the crippling cuts imposed by the Troika (the European Central Bank, the IMF, and the European Commission). The left's win signals the failure of the austerity strategy. The party's young leader, Alexis Tsipras, is set to become the first prime minister in the history of the Eurozone to reject austerity measures taken in light of a 240 billion euro ($270 billion) bailout loan.

With that in mind, Syriza's victory could make waves throughout the rest of Europe. Let's take a look at how Greece's voters could have changed things for everyone.