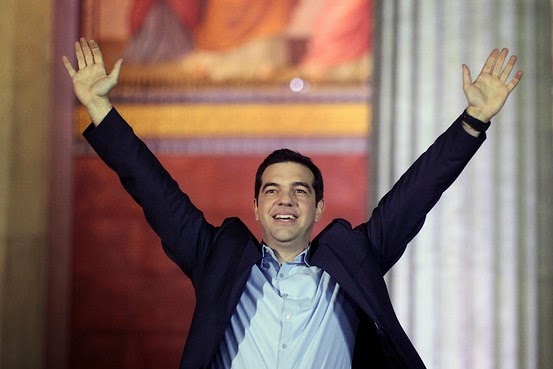 Syriza’s victory in the Greek general elections ought to be a thunderclap in eurozone politics, marking the start of an anti-austerity movement that could yet spread across the single currency region. But it could yet ring hollow.

That’s because Syriza’s politicians have relinquished one of their biggest bargaining chips even before they start negotiations with the troika, the country’s supranational rescuers, to wipe out Greece’s burden of debt and relax its fiscal strait-jacket.

They seem determined–with good reason–to remain in the eurozone.

Syriza’s Yanis Varoufakis, tipped to become Greece’s finance minister, was quoted the U.K. press Monday saying “we who are in the eurozone must not toy with loose or fast talk about Grexit or fragmentation.” Greek exit from the euro was not on the cards, he said, a message that chimes with Syriza’s position over the past weeks in interviews and repeated in a victory speech Sunday night.