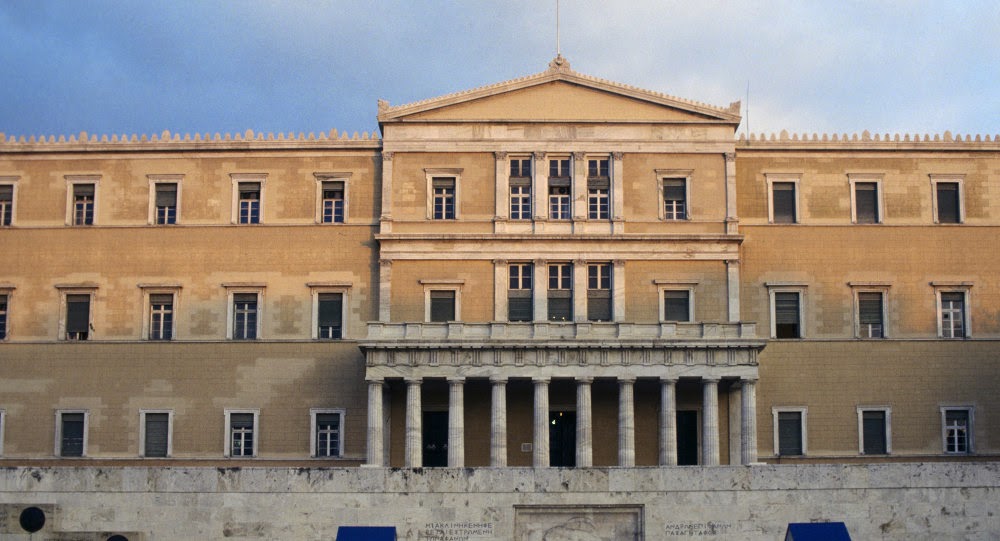 Greece faces internal turmoil if it leaves the eurozone following snap parliamentary elections in January, while other European states, particularly France, Spain and Italy, will be encouraged to play a similar "game of brinkmanship" with Germany, experts told Sputnik news agency.

On January 25, Greece will hold snap parliamentary elections after the current parliament's dissolution over its failure to elect a new president after three attempts. In the event that the left-wing opposition party Syriza, led by Alexis Tsipras, wins, many expect the country to leave the single currency market.

"A Greek exit will certainly create turmoil – despite the assurances by the European political and financial authorities," Aristides Hatzis, professor of law and economics at the University of Athens, said.

"On the other hand, if a populist party in Greece succeeds in changing essential terms of the bailout agreement, this will create incentives for Spanish, Italian and French voters to play the same game of brinkmanship with Germany," he added.

Hatzis further explained that a Greek exit would be messy in the short term and devastating in the long-run, because Greece is not self-sufficient in food, energy and pharmaceuticals, meaning the Greek people will suffer greatly.