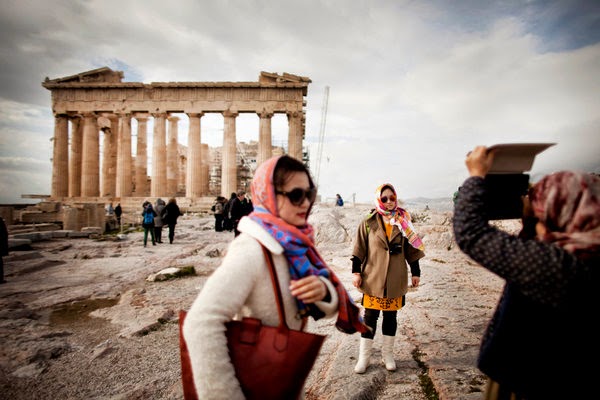 David Phillips has been vacationing for over a decade at the Electra Palace Hotel on the island of Rhodes.

Everything is included. There is Chinese, Italian or Greek food. There is an endless supply of ouzo, beer and Greek wines. He can even bundle the cost of his flight as part of the package.

“I like to go somewhere a week or 10 days and not worry about where I’m going to get my next meal,” said Mr. Phillips, 52, a civil servant from South Wales, adding that he wanted “to have quiet time where I have no worries at all.”

He may soon have to look outside Greece.

The Syriza party, the upstart leftist coalition that is leading in the polls ahead of the Greek election on Jan. 25, disdains such “all-inclusive” deals as keeping tourists penned up in resorts and away from local businesses and attractions. It has proposed to limit them if it is elected. In fact, both of the top parties in the campaign are unnerving the tourism industry with proposals that would crimp hotels and resorts, even as the business has been a rare bright spot for the anemic Greek economy.