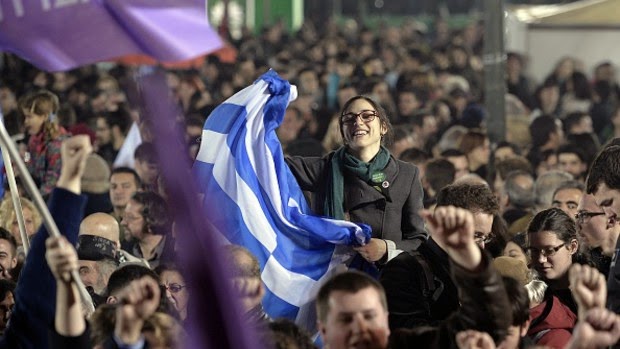 So Greece has elected a new anti-austerity government and, as of this writing at least, the nation remains in the euro, financial markets are calm, and the world continues to revolve around the sun. Now comes the hard part.

The Syriza party's rise to power on pledges to halt spending cuts and renegotiate Greece's debt burden doesn't necessarily spell the disaster that scaremongering claimed it would. To control sufficient seats to form a government, Prime Minister-elect Alexis Tsipras is teaming up with the Independent Greeks, whose lawmakers are vehemently in favor of a debt write-down. He's entitled to build a coalition that reflects the electorate's appetite for change; but he'll still need to parley carefully with the nation's paymasters at the European Union, the International Monetary Fund and the European Central Bank.

The task facing the currency union's leaders is to prevent the economic discomfort evident in the Greek election outcome from metastasizing. “Europe needs to seize the opportunity provided by Greece to make a wider change in its policies," Thomas Piketty, the French economist and author of the bestselling "Capital in the Twenty-First Century" told France Inter radio this morning, and he's right.