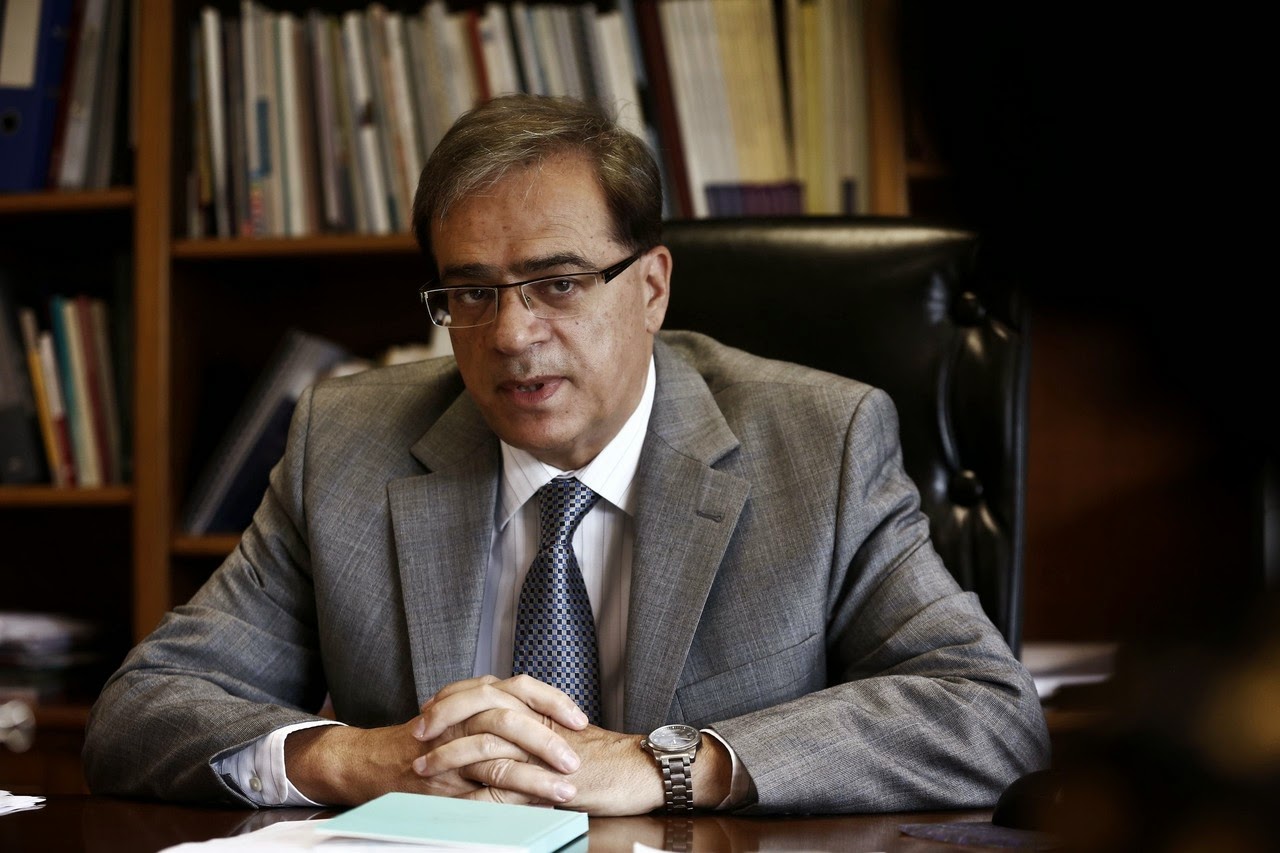 Greece’s economy, struggling to emerge from years of deep recession, could be knocked back if the country enters a period of protracted political uncertainty and breaks with its international creditors, the finance minister said Thursday.

The uncertainty surrounding elections later this month, with the antiausterity Syriza party leading in public-opinion polls, already has fanned fears: some 3 billion euros ($3.5 billion) worth of deposits have left the banking system in the past two months, Finance Minister Gikas Hardouvelis said in an interview with The Wall Street Journal.

The sum is small—compared with the roughly 70 billion euros that have fled Greeks banks over the past five years—said Mr. Hardouvelis, who added that some of the outflows may be the result of increased tax payments falling due this year.

But it could be a harbinger of things to come, he said.

“The probability of a bank run is very small; the public understands that deposits are safe,” he said. “Yet, it is still the beginning, and we have to watch depositors’ behavior very carefully.”

More
Posted by Yulie Foka-Kavalieraki at 12:27 AM