Syriza has little in common with its coalition partner—the small, right-wing Independent Greeks party—other than a fierce opposition to the austerity measures Greece embarked on in exchange for bailouts from its eurozone partners and the International Monetary Fund. Still, the common bond on that front signals tough negotiations with Greece’s creditors over its debt repayments in the months ahead. 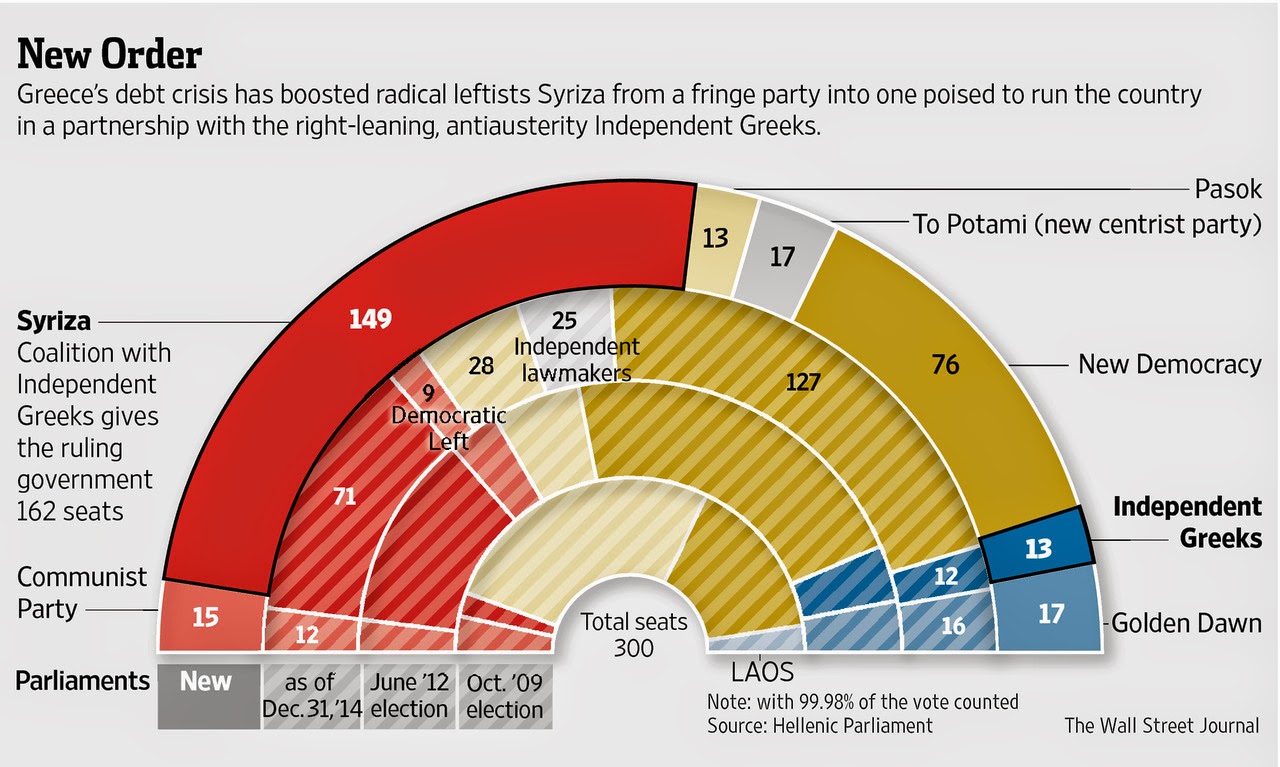 Together, Syriza and Independent Greeks will jointly control 162 seats in Greece’s 300-seat legislature. The Independent Greeks are also expected to hold at least one cabinet position in the new government, the details of which are likely to be unveiled on Tuesday.