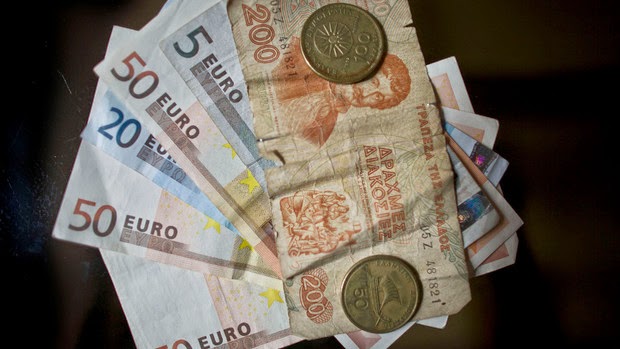 Investors are trashing Greek stocks and bonds in the aftermath of Alexis Tsipras's election. It's the country's banks, however, that are bearing the brunt of the backlash to the new prime minister's anti-austerity promises, and that spells trouble for a government that can't afford to rescue its financial system.

This week, the benchmark Athens equity index is down about 12 percent, as the incoming administration says it will push forcefully to renegotiate the nation's debt obligations. Greek banks, however, are getting hammered much harder:

The danger of a run on the banks is clear and present. Depositors withdrew 11 billion euros ($12.5 billion) as the election approached. While we won't get official December figures until the start of next month, total deposits look to be as low as 150 billion euros -- even less than the last time Greece was in crisis, in June 2012.

More
Posted by Yulie Foka-Kavalieraki at 7:55 AM