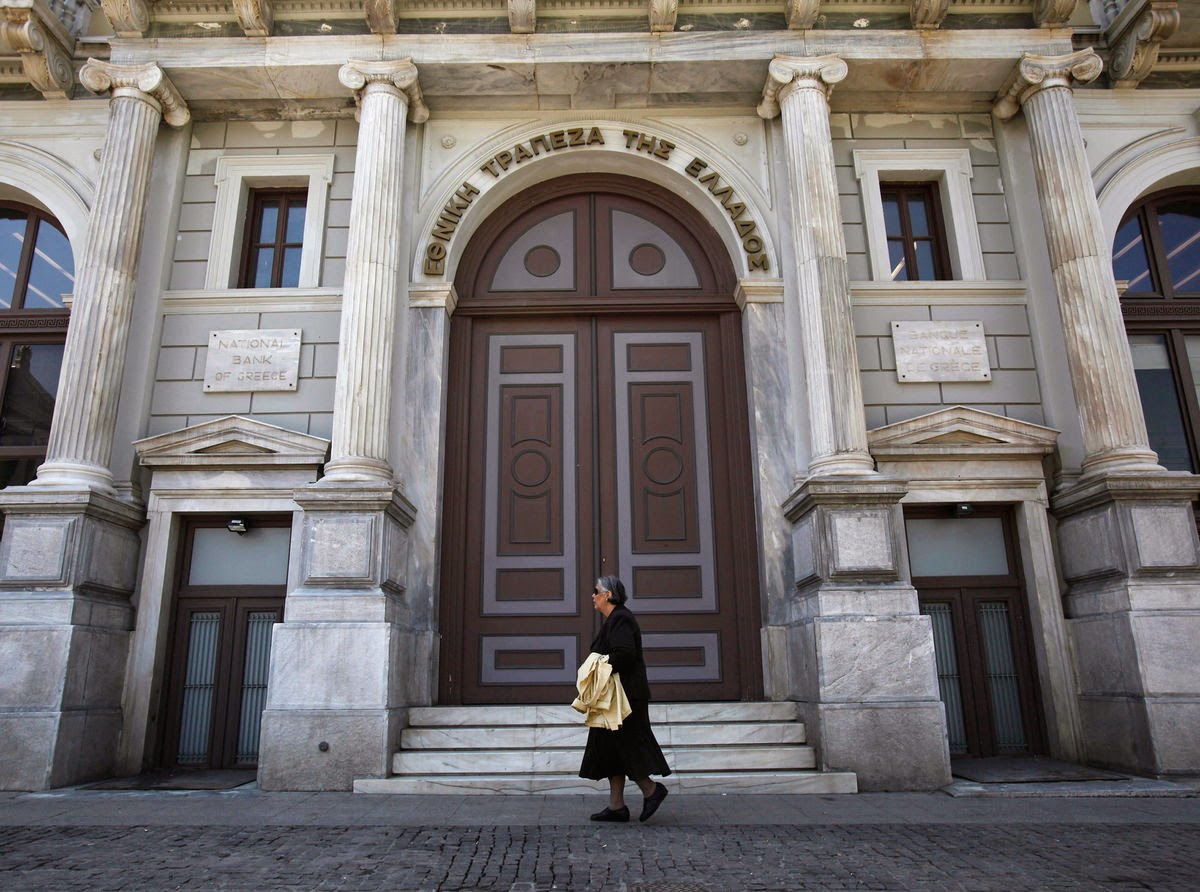 Greek bank deposit outflows last week accelerated to record levels amid concern about lenders’ liquidity and the outcome of the nation’s negotiations with creditors, according to a person familiar with the matter.

Withdrawals from Greek banks exceeded 14 billion euros ($15.9 billion) in the run-up to the snap elections that catapulted the anti-bailout Syriza party to power, including 11 billion euros that were taken out in January, the person said. Between Jan. 19 and Jan. 23 outflows were greater than in May 2012, when Greece was on the brink of exiting the euro area.

Shares of Eurobank Ergasias S.A., Alpha Bank A.E., the National Bank of Greece, and Piraeus Bank fell as much as 30 percent today as the country’s new cabinet pledged to annul privatizations and economic overhauls attached to the country’s bailout. That may also lead to greater government control of the nation’s banks, while liquidity reserves of both the sovereign and the lenders are drying up.