Greece's Vote to Keep the Euro 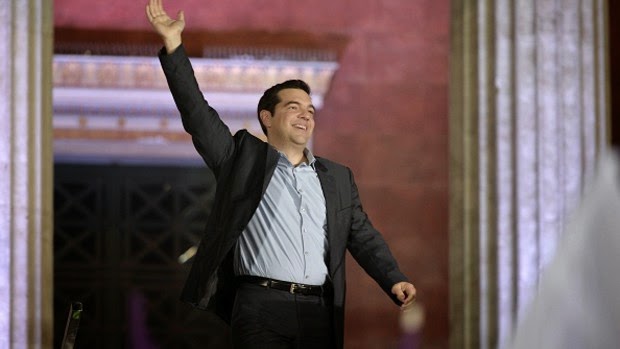 The Syriza party's victory in Greek elections is a well-deserved rebuke to the way the European Union and successive governments in Athens have mishandled the country's debt crisis, and the voters' judgment must now be respected. But even as the neo-Marxist party moves to change Greece's dismal economic outlook, it will have to keep in mind that it does not have a mandate to leave the euro.

Three quarters of Greeks still say they want to remain in the currency union. And Syriza's dynamic 40-year-old leader, Alexis Tsipras, has promised voters they will. The trouble is, Syriza's other campaign promises -- to reverse austerity, unwind creditor-mandated reforms and thoroughly restructure Greek debt -- are collectively incompatible with keeping the euro.

Worse, many of Syriza's policies are throwbacks to the tried-and-failed statist strategies of the 1970s. Pledges to rehire the thousands of workers who have been cut from the nation's bloated public sector, for example, won't save the Greek economy; they will condemn it to stagnation. They'll only add to the pain inflicted by the "fiscal waterboarding" (Tsipras's term) imposed by international creditors in return for Greece's 240 billion euro bailout.