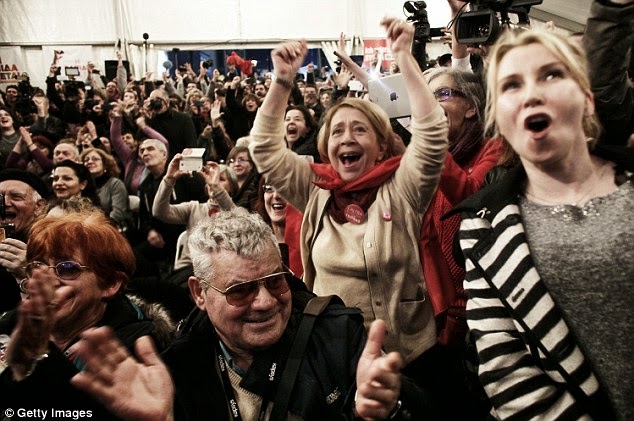 Greece's new left-wing prime minister has declared war on the country’s all-inclusive resorts, which are visited by thousands of British families every year.

All-you-can-eat buffets and unlimited drinks by the pool are under threat even though that sector of tourism brings in £1.5billion a year for the Greek economy.

Alexis Tsipras, leader of the triumphant anti-austerity party Syriza, believes such deals ‘alienate tourists from the local economy’ by keeping them in resorts and away from small businesses.

He has promised to curb the type of mass tourism that Greece has developed in the last few decades.

Deals to sell public land to mega-resort developers could be banned and VAT rules are likely to be changed to hit existing holiday developments with higher taxes.

Mr Tsipras said: ‘We do not want to continue the current saturated model of intensive exploitation of tourism.’

More
Posted by Yulie Foka-Kavalieraki at 8:47 AM