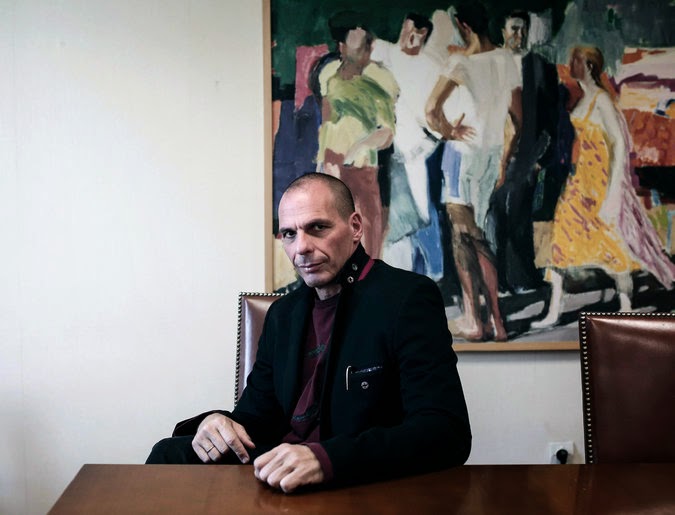 In the first days after the election victory of the leftist party Syriza in Greece, Yanis Varoufakis, the new finance minister, has lobbed some rhetorical grenades, referring to his country’s foreign-imposed austerity budgets as “fiscal waterboarding” and calling Greece’s international bailout deals “a toxic mistake.”

Now, faced with the need to make good on promises to negotiate debt relief for his beleaguered nation, he seems eager to send a more moderate message.

During an interview on Thursday morning in his office, Mr. Varoufakis, 53, poured a cup of coffee and took a large swallow. It had been a late night. On Wednesday, the day after he was sworn in, the Athens Stock Exchange had plunged on concerns that the Syriza-led government might wage a battle with Greece’s international creditors, and he had stayed up to monitor the developments.