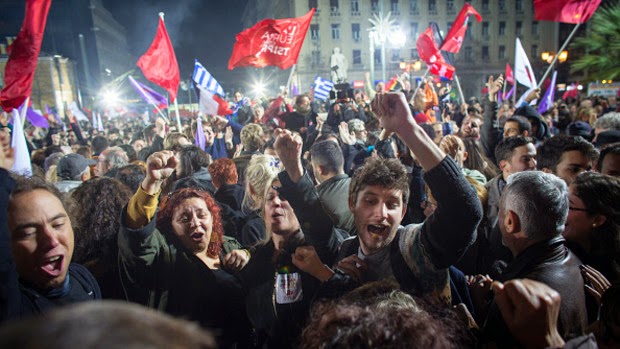 Amid the populist rhetoric that propelled the far-left Syriza party to victory in Greece's parliamentary elections, there's one idea that Germany in particular should take to heart: revive growth in the euro area by giving the hardest-hit countries a break on their debts.

Syriza leader Alexis Tsipras, who was sworn in Monday as Greece's new prime minister, has long been calling for a "European debt conference" -- a summit meeting at which the region's leaders would reduce the debilitating obligations of Greece and other financially troubled euro-area governments. Unlike the rest of the party's program, this idea makes sense.

Greece has already been granted some debt relief, but not enough to make its fiscal position sustainable. Tsipras is calling for a writedown of about one-third.