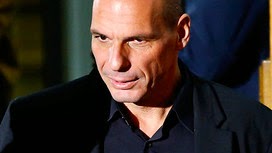 The Greek government has hired US investment bank Lazard to advise it on its debt burden as it prepares to enter talks with the troika of international lenders that has overseen its four-year bailout programme.

Since the far-left Syriza party won last weekend’s elections it has alarmed creditors and investors with pledges to freeze privatisations, rehire state workers and roll back reforms adopted by previous administrations as part of the bailout.

But on Saturday, Greek prime minister Alexis Tsipras issued a statement saying he was confident “we will soon manage to reach a mutually beneficial agreement, both for Greece and for Europe as a whole”.

“No side is seeking conflict and it has never been our intention to act unilaterally on Greek debt,” Mr Tsipras said, adding that his approach “in no way entails that we will not fulfil our loan obligations to the ECB or the IMF”.

The comments appeared to be a sign that Athens was moderating its position from the confrontational stance taken on Friday by its finance minister.