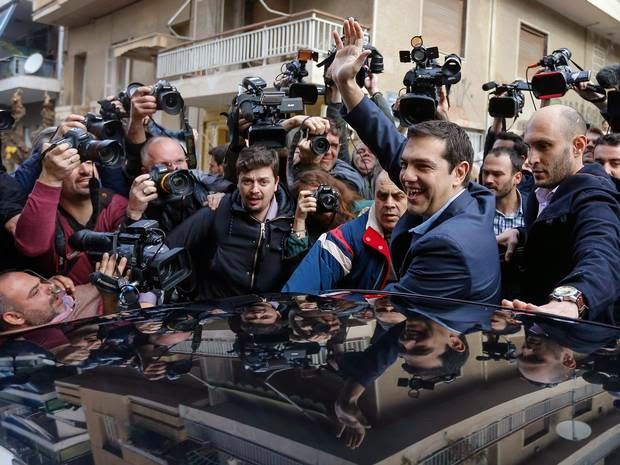 Greek voters have rebelled against the austerity programme imposed by Brussels and Berlin in return for loans to fund Greece’s massive debt. The radical left Syriza party, which promises better terms for Greece, won a decisive victory in the general election today and is close to winning an absolute majority in parliament.

Syriza, led by Alexis Tsipras, won between 36 and 38 per cent of the vote compared to between 26 and 28 per cent for the conservative New Democracy Party of the Prime Minister, Antonis Samaras, who has led the government over the past two years. He was defeated because he failed to end the bailout, get a Greek debt reduction, lift the economy out of deep recession despite some recent improvements and get the IMF removed from the much-hated troika (EU, ECB and IMF) that has exercised a near-colonial control over the Greek economy.

Syriza may seek to form a government on its own or it could look for allies such as Pasok and the Potami party. But it will soon find itself in a confrontation with the EU as it look for relaxation in the austerity that has reduced four million Greeks to poverty.