Greece Disagrees With Anti-Russian Sanctions to Show Independence From EU 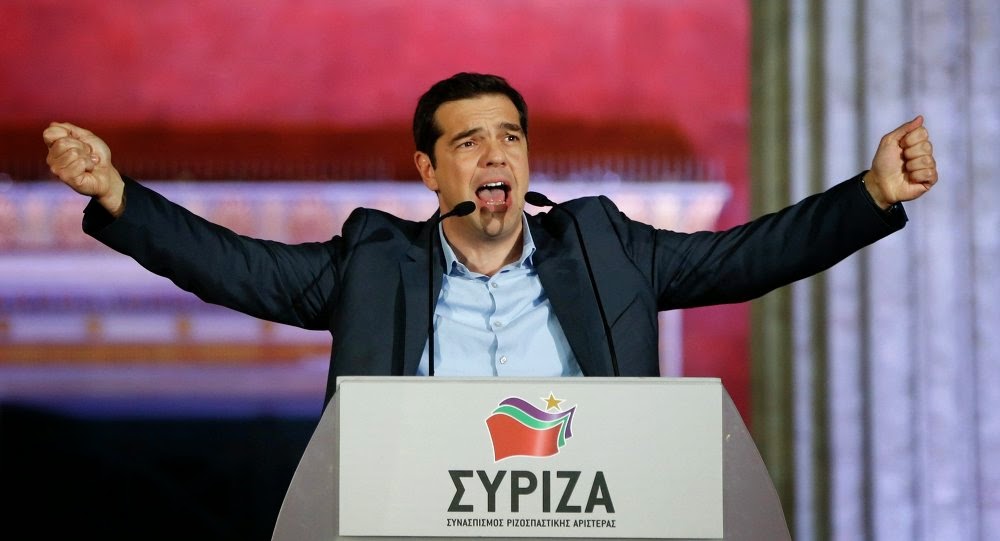 by Anastasia Levchenko and Tosi Ivanova

"Both Syriza and its coalition partner, ANEL (Independent Greeks), wish to signal that Greece will not slavishly follow the Western or EU foreign policy line. Syriza's history and culture have been influenced by its Communist past to some extent. ANEL is keen to show its pro-Russian and pro-Putin feelings," Kevin Featherstone, Professor of Contemporary Greek Studies and Professor of European Politics at the London School of Economics and Political Science, told Sputnik Wednesday.

Featherstone did stress, however, that Greece depends on the European Union in terms of debt easing that the country urgently needs.

The professor warned that "very soon Athens will no doubt realize that asking the eurozone for help outweighs its interests with Russia". Nevertheless, according to Feathersone, if the new Greek government survives, Athens will likely strengthen its ties with Moscow.

Aristides Hatzis, Associate Professor at the University of Athens agreed that Greece's current government is more pro-Russian than its predecessors.

More
Posted by Yulie Foka-Kavalieraki at 8:23 AM