Greece Could Exit the Euro by Accident, Warns Hardouvelis 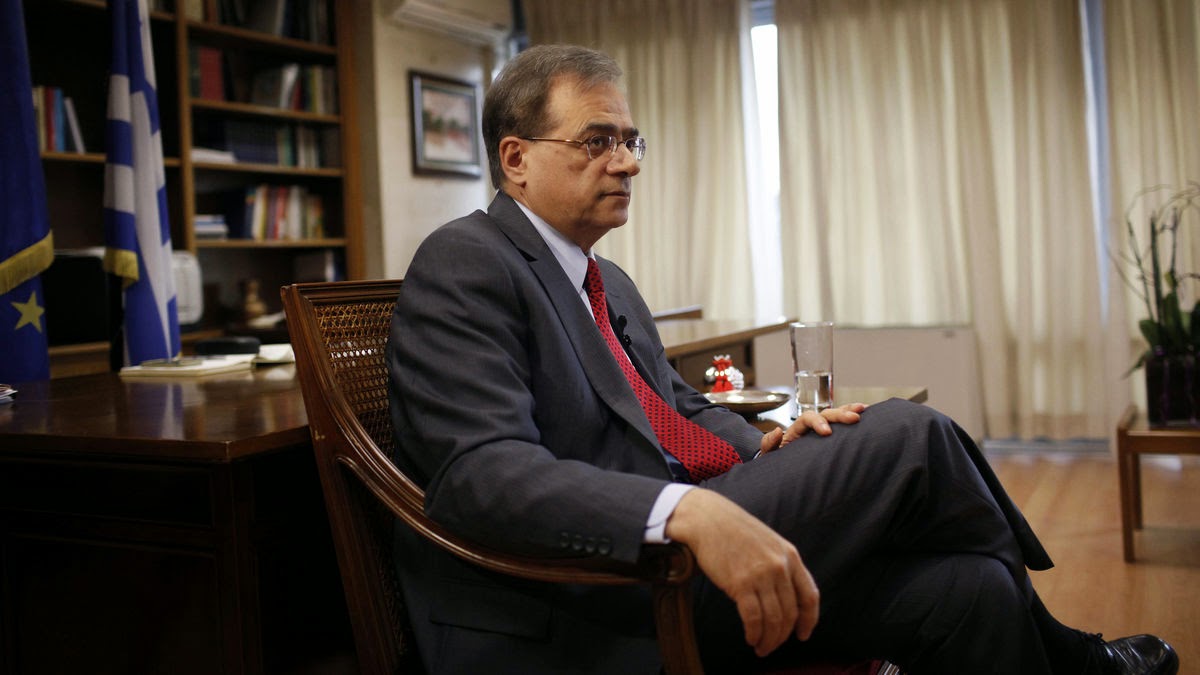 Greece could stumble out of the euro by accident if a new government fails to reach an agreement with international creditors soon after this month’s election, Finance Minister Gikas Hardouvelis said.

The main challenge facing whichever government emerges from the Jan. 25 vote will be to close the stalled review of Greek progress in meeting the terms of its financial rescue by the euro area and International Monetary Fund, he said. If that government is led by Syriza, it would be “prudent” to reverse its stance and negotiate an extension to the bailout before the aid supporting Greece expires on Feb. 28, Hardouvelis said.

The prospect of “leaving the euro area is not necessarily a bluff,” Hardouvelis, 59, said in a Bloomberg Television interview in Athens yesterday. “An accident could happen, and the whole idea is to avoid it.”

Opinion polls show the opposition Syriza party of Alexis Tsipras with a slim though consistent lead over Prime Minister Antonis Samaras’s New Democracy. Tsipras has said he’ll roll back the austerity measures tied to the bailout and seek a write down on some Greek debt, putting him on a collision course with the so-called troika of creditors including the European Central Bank, which have kept the country afloat with 240 billion euros ($284 billion) of loans pledged since 2010.