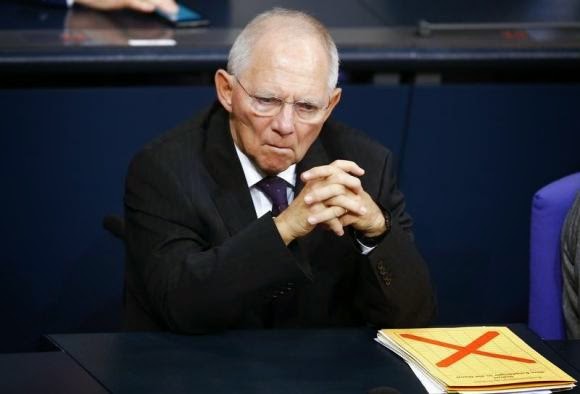 German Finance Minister Wolfgang Schaeuble sees a continued role for "troika" inspectors from the European Commission, ECB and IMF in future euro zone bailouts, saying on a visit to India on Tuesday it was the "right instrument" for any state seeking aid.

European Commission chief Jean-Claude Juncker has said this formula of inspectors from the Commission, the European Central Bank and the International Monetary Fund, which has overseen the bailouts of countries like Greece, may have to change after recommendations by a top EU court adviser.

The advocate general's view on ECB plans to buy government bonds to bolster the euro zone economy, put to the European Court of Justice, included the opinion that the ECB should no longer be directly involved in monitoring such assistance.