Germany Does Care About a Greek Exi 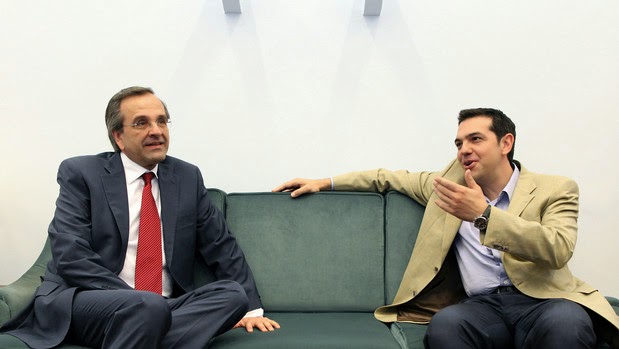 Whatever you hear to the contrary, it isn't fine with Germany if Greece leaves the euro. The government in Berlin is probably just trying to influence the outcome of the Greek election on January 25, which the far-left Syriza party may win. A so-called Grexit is contrary to Germany's long-term economic interests and Chancellor Angela Merkel will do her best to keep Greece in the fold.


The time when we had to rescue Greece is over. There is no more blackmail potential. Greece is not systemically relevant for the euro.

Then, on Saturday, came an unattributed report in Der Spiegel that Merkel and her finance minister Wolfgang Schaeuble are no longer prepared to fight to the last drop of blood to keep Greece in the euro zone. The magazine's sources cited the same reasons as Fuchs to explain why a Grexit would not be a nightmare: European financial rescue mechanisms have been set up since Greece first became a problem; Spain and Ireland have exited their bailouts; and banks have cleaned up their balance sheets, reducing exposure to toxic debt.