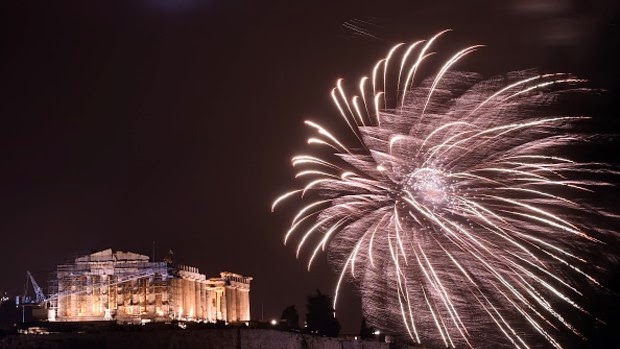 Grexit is back. We're three weeks away from the Greek general election, which the left-wing Syriza party, which wants an end to Greece's punishing austerity regime, seems likely to win. The problem is that the austerity regime is the condition for continued assistance from the euro zone. If Syriza does indeed win and tries to make good on its promises, Greece could be forced to exit the euro.

I have some thoughts about this, which I present in no particular order:
More
Posted by Yulie Foka-Kavalieraki at 10:07 PM