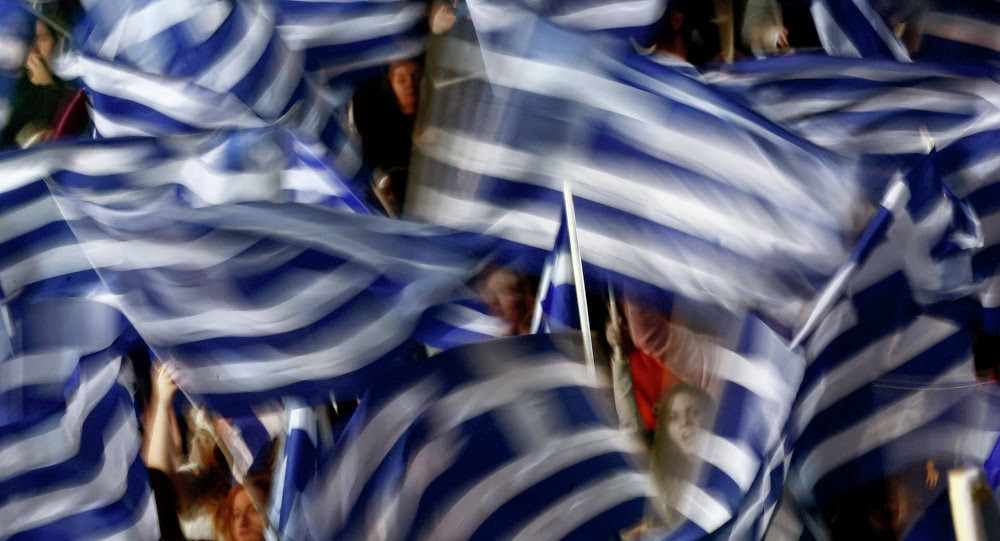 Although recent polls predict a victory for left-wing opposition party Syriza at the general elections in Greece on Sunday, it is not still clear whether it will manage to gain an absolute majority and form the government alone, experts on Greek policy told Sputnik on Friday.

"The polls today are showing that the difference between Syriza, the first party, and New Democracy is widening. It is about five percent. So it looks like Syriza will come first. The question is whether they will achieve an absolute majority. We will not be able to say that until Sunday, because of the percentage of undecided voters which is still at about 10 percent," Stella Ladi, member of the executive committee of the Greek Politics Specialist Group (GPSG) of the UK's Political Studies Assocation told Sputnik.

Yulie Foka-Kavalieraki, doctoral candidate at the University of Athens and Co-founder of GreekCrisis.net echoed the opinion of the GPSG expert and claimed it is still not “certain whether it [Syriza] will also win the absolute majority or it will have to form a coalition government.”