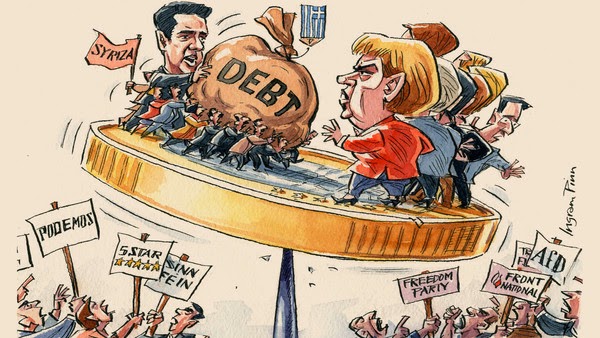 Syriza have won the Greek election. But, perhaps just as startling, the “far left” party is making considerable headway in the struggle to win over elite opinion in the west.

Many mainstream economists and policy makers are so alarmed by the state of the Greek economy that they have come to agree with Syriza’s argument that the only solution is to make a radical cut in Greece’s national debt, which stands at 175 per cent of gross domestic product.

“Greece’s debt needs to be right-sized,” one senior anglophone policy maker told me in Davos. “And the Germans should remember they benefited from official debt relief in the 1950s.” Letters from Nobel Prize winners and several opinion pieces in this newspaper have made similar arguments.

Unfortunately, an explicit Greek debt write-off would cause more problems in Europe than it solved. Three main negative effects could be expected. First, it would cause a political backlash in northern Europe, which would strengthen far-right and nationalist parties. Second, far-left and anti-capitalist parties would gain credibility in southern Europe and would press for similar debt writedowns, as well as much expanded social spending — something that would lead to a collapse in market confidence. Third, the breakdown in trust between members of the EU that would follow a Greek default — even a negotiated default — would make it much harder to keep the EU together.