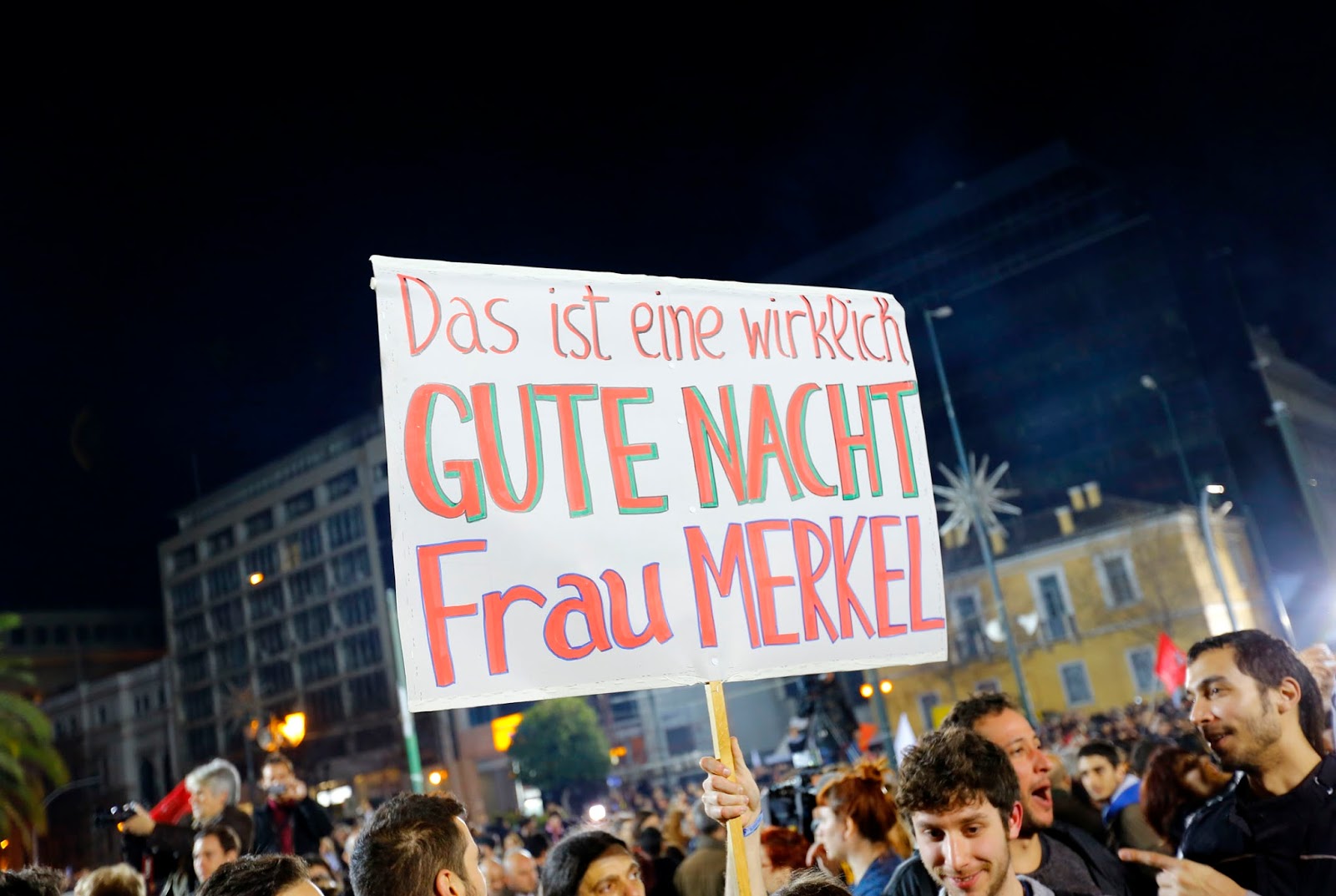 Finance chiefs from the 19-nation euro area signaled their willingness to do a deal with Tsipras -- so long as the new Greek prime minister drops his demand for a debt writedown. At a meeting in Brussels on Monday, ministers agreed quickly to work with the new government to help keep Greece in the euro, Dutch Finance Minister Jeroen Dijsselbloem said.

“We stand ready to support them in that ambition,” said Dijsselbloem, who led the meeting.

Officials in Brussels and Athens, as well as Berlin, Frankfurt and Washington, must reconcile creditors demands for more reform with voters’ exhaustion with austerity in order to stop Greece running out of money by mid-year. In a post-election speech, Tsipras, 40, said he aims to give Greeks back their dignity.

The new prime minister drew congratulations and an invitation to Brussels from European Commission President Jean-Claude Juncker in a telephone call today, an EU official said, and IMF Managing Director Christine Lagarde also lent her support to the new government. The outreach shows that authorities are anxious to find a way out of the standoff over Greece’s debts and remaining aid funds.