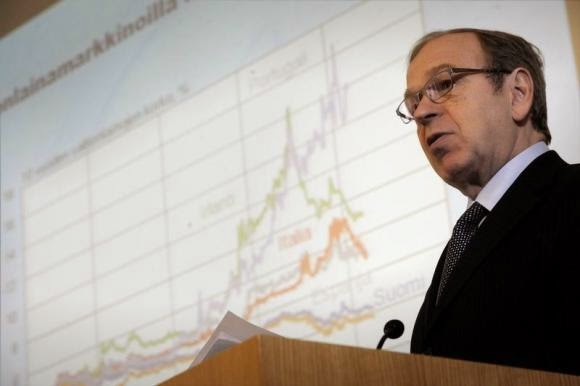 A deal on extending Greece's bailout deal must be found by the end of February or the European Central Bank will not be able to continue lending to its banks, ECB council member Erkki Liikanen said on Saturday.

Europe's bailout programme for Greece, part of a 240-billion-euro (179 billion pounds) rescue package along with the International Monetary Fund, expires on Feb. 28 and a failure to renew it could leave Athens unable to meet its financing needs and cut its banks off from ECB liquidity support.

Greece's new leftist government, which aims to ease the strict terms of the bailout that have imposed harsh austerity, opened talks with European partners on Friday by flatly refusing to extend the current programme or to cooperate with the international inspectors overseeing it.