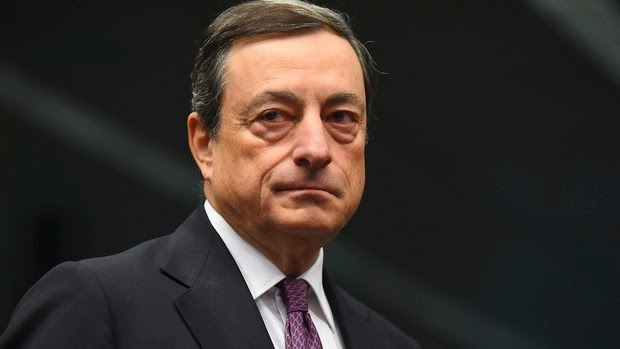 In July 2012, European Central Bank President Mario Draghi pledged to do "whatever it takes'' to preserve the euro. While his comments succeeded in halting a surge in euro government borrowing costs, he turned out to be bluffing. He won't be able to pull that stunt a second time.

Back then, Draghi was tantalizing investors with something he called "outright monetary transactions'' to buy the debt of countries in trouble. These purchases never quite happened. This time around, he's dangling the prospect of full-blown quantitative easing, a wider government-bond purchasing program similar to the one the U.S. Federal Reserve has used to pump cash into the American economy.

After months in denial, Draghi now recognizes that deflation is a clear and present danger. "The risk that we don't fulfill our mandate of price stability is higher than it was six months ago,'' he told Handelsblatt newspaper last week, adding that the ECB council unanimously favors additional action against persistently low inflation.